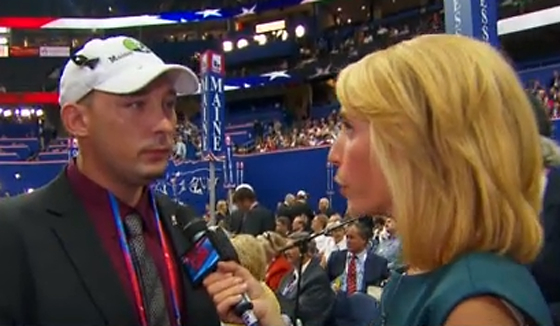 Ever since FDR sat in front of radio microphones, networks have used mic flags, logos on their mics as a sort of advertisement. Networks mostly abandoned the flags on the evening news but local stations use them all the time, especially in news conferences and for reporter standups.

Now we have the new wave.  The digital video mic flag.  You can program a logo or message into the mic flag,  CNN, among others is using these at the national political conventions.
Take a look.