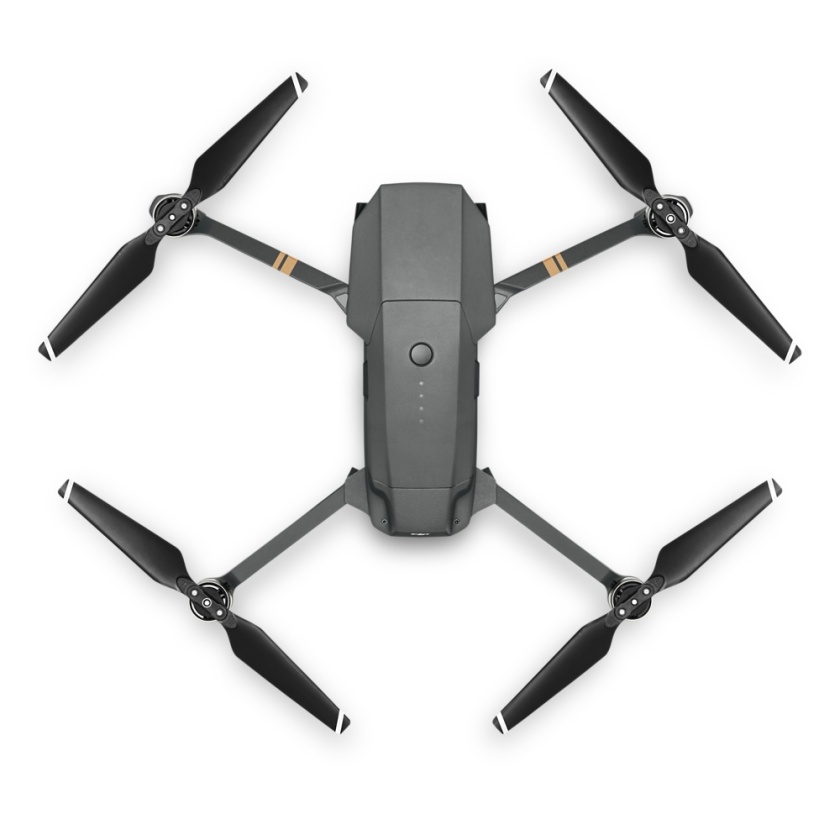 I am a licensed drone pilot and have lead workshops about the ethical use of drones in journalism.

I was the lead author for what I propose to be ethical guidelines for drone journalism.  My co-author colleagues include Katy Culver, Mickey Osterreicher and Matt Waite.

Drone journalists should adhere to federal, state and local laws with safety concerns and the ethical decision-making embodied in the codes of ethics adopted by the National Press Photographers Association, the Society of Professional Journalists and the Radio and Television Digital News Association. Drone-journalism ethics should be even more stringent than other journalism ethics. It is one form of journalism legally regulated by government authorities that control airspace. Consider these guidelines:

Safety is the first concern. Do not endanger people, animals or property.
Drone pilots operating as commercial operators have an obligation to seek their FAA Part 107 license. The pilot should obtain adequate insurance coverage for property damage and injury that could result from drone flights. Journalists generating content for their newsroom should not claim they are recreational pilots to avoid licensure requirements.

Newsrooms should not encourage others to fly illegally.
Newsrooms should discourage drone flights that violate FAA regulations by declining to publish, broadcast or post still images or video that, although legally obtained by the news organization from a third party, may contain evidence of those violations (i.e. flights over people, night flights). Not rewarding unauthorized drone use with public recognition may help to discourage similar violations by others. If the images or video captured through improper means are of such high news value that the journalists deem them newsworthy, the journalist or news organization should clearly explain why those images are newsworthy despite the techniques utilized to capture them.

Would you “do that” if you were capturing the image while on the ground?
If you would not peer over a fence, look into a window or enter private property, how would you justify capturing the same image because you are airborne?

Respect privacy.
The Society of Professional Journalists code of ethics says, “Balance the public’s need for information against potential harm or discomfort. The pursuit of the news is not a license for arrogance or undue intrusiveness.” What is your journalist purpose? How is this tool helping you to tell a more complete story?

Respect the integrity of the photographic moment.
Drones have the potential to interrupt events, especially when hovering low. While photographing subjects, drone journalists should not intentionally contribute to, alter, or seek to alter or influence events.

Do not improperly enhance.
Music has the potential to set an editorial tone. How does that editorial tone affect the truth you are conveying? Journalists should not add natural sound to drone video unless the sound was captured at the same time and place as the drone video was captured. Carefully consider how slow motion or speeding up effects might affect the editorial integrity of the video. Slow motion can appear dramatic and change the context of a news story. Video sped up may add false urgency.

Drone-journalism pilots in command should not be expected to report or perform other duties while commanding an aircraft.
Safe drone flight should be the pilot’s main concern while operating a drone or overseeing performing preflight checks.

Drone journalists have an obligation to hone their flight skills and “stay sharp.”
Practice flying in various atmospheric conditions. FAA sectional maps change, and the FAA is constantly updating flight and airspace restrictions. Pilots should stay current on changes to the evolving legal landscape regarding drone operations.

Coach others.
The public’s perception of drone flights depends on how professionally pilots operate in these early days of this emerging technology. If the public sees drones needlessly invading privacy and putting people at risk, there is no doubt voters will pressure public officials to clamp down on drone operations. It is in your interest and the public’s interest for you to coach other operators, especially other journalists, when you see them flying unsafely, illegally or unethically.

These guidelines were developed by:
• Al Tompkins/Poynter
• Mickey Osterreicher/General counsel for the National Press Photographers Association
• Matt Waite/Drone Journalism Lab at the University of Nebraska-Lincoln
• Dr. Kathleen Culver/Assistant professor and director, Center for Journalism Ethics, University of Wisconsin School of Journalism and Mass Communication
• Jon Resnick, DJI
The guidelines were the product of training powered by funding from the Google News Lab.

In July, the FAA announced that in 2018, it will be rolling out a new “instant waiver” program that should allow you to get an airspace waiver in minutes. The system is called the LAANC (Low Altitude Authorization and Notification Capability) program. (Follow the link to see which airports are actively using the program now.) The program is not active nationwide yet, but will roll out in 2018. Pilots can download the AirMap iOS or Android app and file for a waiver by entering the coordinates and times of where and when they want to fly and state how high and how long they intend to be in flight. And the FAA produced a map that makes it easier to see what kinds of restrictions you will encounter where you want to fly.

The University of Missouri DroneJournalism.com site includes these guidelines:

All drones weighing over .55 pounds must be registered by their owner at theFAADroneZone website. The cost of registration is $5 each, and the registration is valid 3 years.

Once the registration is completed, the FAA will provide a Registration Number beginning with the letters “FA.” This registration MUST be written somewhere on the drone’s body in a place that is easily visible. This may be on the exterior of the drone, or inside the battery compartment.

According to the FAA, pilots will be tested on the following factors:

This certification is valid for 2 years, after which the pilot must re-test with the FAA.

The FAA has set a number of basic guidelines for drone operation by 107-certified pilots:

Drone pilots flying under Part 107 are subject to the guidelines of designated airspaces. The Pilot in Command is responsible for checking the airspace and acquiring the appropriate waivers. Pilots must also get express permission from air traffic control if flying within controlled air space.

Class B airspace is the airspace immediately surrounding major airports, and stretches from the ground to 10,000 feet. It’s shaped like a funnel, with the widest area covered at the top of the airspace, and with progressively smaller circles at designated altitudes. These altitudes can be found on a VFR map. Pilots planning to fly in these areas MUST get a waiver and MUST notify air traffic control.

Class B airspace is represented by a solid blue line encompassing the region.

Class C airspace is similar in shape to the Class B airspace. The airspace covers mid-sized airports, is funnel-shaped, and stretches from the surface up to 4,000 feet. At its widest, Class C is 10 miles in radius, and around the airport at the surface, its radius is 5 miles. Pilots planning to fly in these areas MUST get a waiver and MUST notify air traffic control.

Class C airspace is represented by a solid magenta line encompassing the region.

Class D airspace is around the smallest airports, and is a cylindrical region with a radius of 4 miles, and the maximum altitude of the airspace will be listed on a VFR map. Pilots planning to fly in these areas MUST get a waiver and MUST notify air traffic control.

Class D airspace is represented by a dotted blue line encompassing the region.

Class E airspace is the layer of air between Class G and Class A airspace. It’s lower limit is determined by Class G, and can range from the surface to 1200 feet. It’s upper limit stops at Class A airspace, at 18,000 feet. Pilots planning to fly in these areasMUST get a waiver and MUST notify air traffic control.

Class E airspace that begins at the surface is represented by a dotted magenta line encompassing the region.

Class E airspace that begins at 700 feet is represented by a gradient blue line encompassing the region.

Class E airspace that begins at 1200 feet is represented by a gradient magenta line encompassing the region.

Class G airspace stretches from the surface to either 700 feet or 1200 feet, and is open for pilots to fly during daylight hours and during civil twilight. Pilots should check the FAA’s B4UFLY app in order to ensure the airspace is clear for flight.

Temporary Flight Restrictions (TFRs) are put in place when an important figure or event is happening in the region. It will be represented by a solid red line encompassing the area, and pilots are NOT to fly within its boundaries, or they will be subject to hefty fines from the FAA and possibly loss of their Remote Pilot’s Certificate.

If a stadium is hosting an event and can seat more than 30,000 people, a Temporary Flight Restriction will be put in place an hour before the event and will last until an hour after the event. Pilots are not allowed to fly within its boundaries, and will be subject to fines and detainment if they choose to do so.

Flight of any aircraft is prohibited in these areas

Restricted areas are regions that have been deemed hazardous for pilots, and as such, pilots are required to contact the FAA or the entity who owns the region to get approval before flying

Warning areas are like Restricted areas, but they are over water. Pilots should get approval from the FAA or the entity who owns the region before flying.

Military Operating Areas are regions where military activity is common. It may not always be active, so pilots should get approval from air traffic control before flying

Alert Areas contain an unusual type of air activity, such as pilot training, and pilots can fly in these areas without approval, but should exercise extra caution.

Controlled Firing Areas are regions that contain activities that might be hazardous to aircrafts. Pilots are allowed to fly in these areas because a lookout will inform the entity to cease activities and give way for the aircraft.