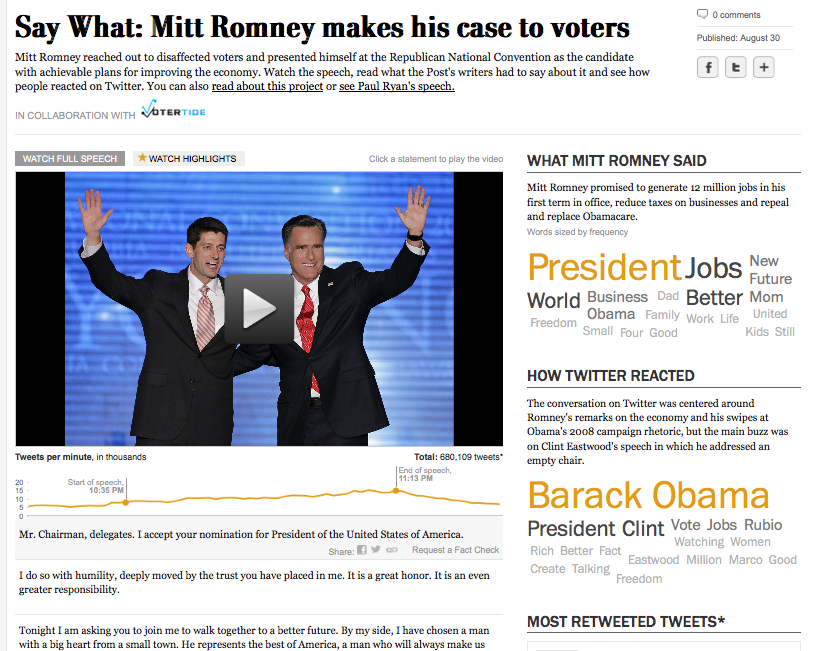 The Washington Post’s used the RNC as a platform to launch new interactive video analysis tool allows users to watch a speech and interact with the video.

READ MORE about why the Post dedicated seven staffers to put this project together and why VIDEO, SOCIAL and MOBILE are the key words to everything the Post does online. I interview the Executive Producer of Washington Post digital.

Not to be outdone, the New York Times also launched a muscled up Word Cloud.  You enter a word and the cloud shows you how many times speakers at the RNC used the word, THEN it pops up every reference that any RNC speaker used. 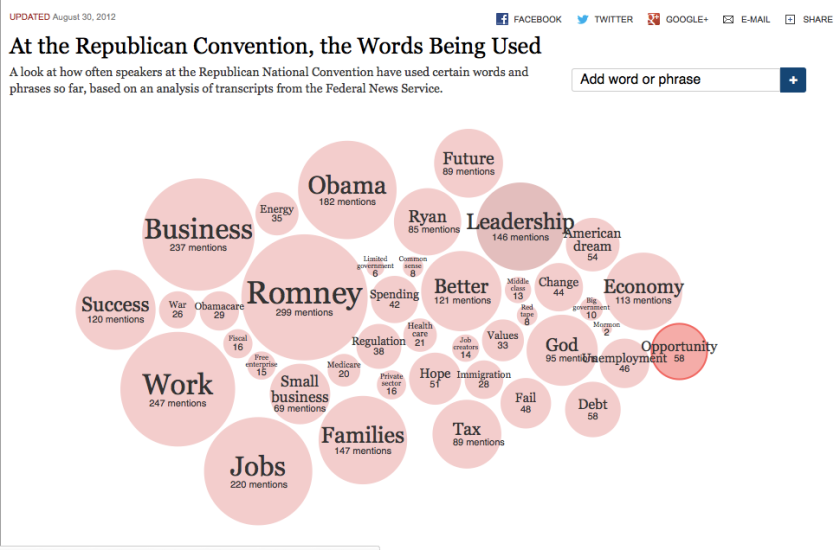 Big events like national political conventions seem to bring out the best in journalism innovations. In 1924, at the GOP convention, the first radio broadcasters announced Calvin Coolidge’s nomination. In 1940, the first TV station in the world transmitted live from the national convention. The 1940 convention in Philadelphia launched live television coverage through experimental stations in Philly and New York. The Philly station, which now is known as KYW, carried a stunning 62 hours of live coverage, a feat that would stretch the capacity of stations even today.