The local ABC station in Denver says reports that the suspect being held in connection with the shooting at a Colorado movie theater is calm and not at all like what many news sources are reporting. ABC News and others reported the suspect was spitting on guards and was forced to wear a facemask. 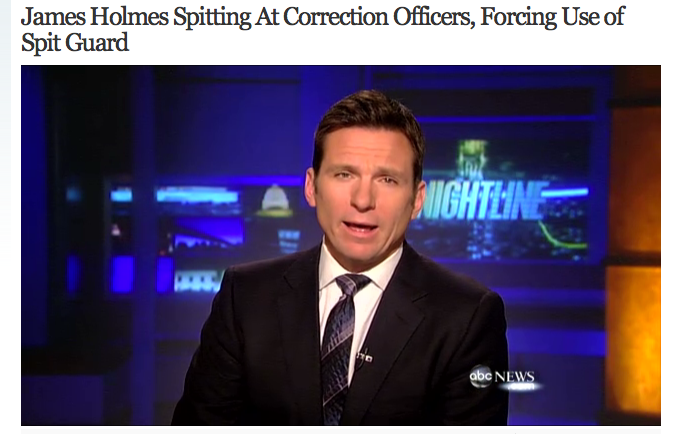 But 7News in Denver reports,

“Sources familiar with the detention of theater shooting suspect James Holmes say his low-key detached demeanor has not changed since he was taken into custody early Friday morning.
According to knowledgeable sources, reports that Holmes was spitting at guards in jail are ‘simply false.’ Two national news organizations have reported that Holmes, who is being detained in solitary confinement, has been acting out at the Arapahoe County Jail.”